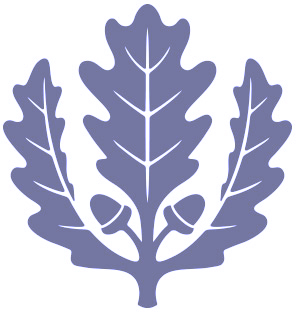 Dept. of Molecular and Cell Biology
University of Connecticut - Storrs

Signal transduction via the PTS in S.meliloti

Free-living S. meliloti can utilize a wide variety carbon sources including sugars, amino acids and TCA cycle intermediates. A large body of evidence shows that C4 TCA cycle intermediates are used to fuel and provide reducing equivalents for symbiotic forms of S. meliloti. In addition, these compounds are favored carbon and energy sources for free-living S. meliloti, and are used in preference to many other carbon sources. The phenomenon of utilizing succinate, and other C4-dicarboxylic acids, in preference to other compounds in S. meliloti, is called succinate-mediated catabolite repression (SMCR). Control of SMCR is deeply integrated into the physiology of S. meliloti and the the genes that regulate SMCR also regulate carbon storage, growth and survival, exopolysaccharide synthesis, symbiosis and nitrogen fixation. SMCR is regulated by both the phosphotransferase system (PTS) and by a two-component system. Two PTS proteins are particularly important: Hpr and EIIANtr. Hpr is the central regulator through which all phosphorylation signals travel, and it integrates information about S. meliloti’s physiological state via PTS proteins EINtr and HprK. EIIANtr appears to be the main PTS output signal regulating SMCR and symbiotic functions. Recent work shows that regulation of SMCR is connected to the synthesis of polyhydroxybutyrate (PHB) and that PHB has global effects on gene expression and physiology of S. meliloti.

Signaling in prokaryotes consists of a chain of events that begins with the detection of signal and ends with a physiological response that is usually adaptive. Two component signaling systems (TCSs) are one of the most common signal transduction systems in prokaryotes. The typical TCS consists of a histidine kinase (HK) and a cognate response regulator (RR), which work to modulate a physiological response. Recently a new family of HKs associated with two component systems was described. These HKs, called HWE kinases, are notable because their kinase domains are different from previously known domains and often signal in response to light, energy, redox or small molecules. HWE kinases work with FATGY RRs that are similar to each other at the sequence level and together define a RR subgroup. One goal of our lab is to better understand physiological and structural aspects of HWE_HK/RR signaling using a model set of proteins, Sma0113(HWE_HK) and Sma0114(RR). These two proteins are encoded in the genome of S. meliloti, and together regulate catabolite repression and carbon storage (PHB synthesis). We have recently published the NMR structure of the RR Sma0114 and found that it is lacking the a4 helix, and instead has a large flexible loop--a feature likely common in FATGY RR structures.

Model of S. meliloti Her showing the phosphorylated Histidine and nearby  Arginine residues